﻿Cancer Is An Energy Einstein, a genius scientist of the 20th century, and central to the new energy physics, stated that ‘a problem cannot be solved by the same mind set that created it’. Cancer is a case in point. Cancer is a dis-ease that stems partly from the products of the mechanistic, anthropomorphic and exploitative philosophy at the heart of our culture, which we tend to ignore. Its effective treatment demands that we see ourselves in a different light and act accordingly.
Medicine is extremely slow to move from a mechanistic and physical philosophy to a more energetic model, like the Gaian paradigm that values all life forms as connected. A philosophy of medicine that is over-reliant on logic and limited mainly to drugs and surgery is fundamental flawed. Acts of logic always rely on analysis, that is breaking down a ‘whole’ into its constituent parts, and examining each minutely. Reductionist approaches fail to see the connectivity and relatedness of all things. As a result this philosophy is offering us ‘cures’ to cancer that are often as dangerous and destructive as the disease itself.
Nobel prize-winner Carlo Rubbia maintains that only a billionth of the world is actually made of matter and the rest is made of energy. The new sciences are challenging the way we perceive the world and as a result the way we relate to our bodies. Dr. K. Scott-Mumby is author of Virtual Medicine and an allergy specialist in the UK writes:
Science is proving that we exist as regulated and informed energy. Disease can now be redefined as a disruption, cessation or distortion in the information and energy fields. Its time for medical practitioners to join the party.
Classical science has reached the end of what it can explain in reductionist terms. Issues such as whether light is a particle or a wave, or whether or not water has a memory (an issue central to the ‘proof’ of homeopathy), are moving modern science to a quantum level that deals with fields of energy. Medical science is still stuck in a very physical universe, where the objective is to ‘excise the lump’ almost regardless of where it came from and individual conditions of the patient and their experiences.
New sciences such as the chaos theories point a way forward into handling the complexities of whole systems that work together, in synergy. Unfortunately our medical systems and practises are still too often based on philosophy formulated in medieval times.
Because all interventions in a medical process have to been ‘proven’ as workable (using scientific double-blind testing methods) before doctors will recognise their validity (if they then do the research), medical science mostly marginalises or ignores healing alternatives that can provide only ‘anecdotal evidence’. Multiple simultaneous treatments of different types and ‘levels’ tuned for one patient are un-testable by a reductionist philosophy and therefore ignored by mainstream medicine. In addition to this regulatory pressures force researchers and companies to test their drugs on patients with advanced cancer – when the dis-ease is much more difficult to treat and when the chances of success are modest – this means that potentially useful treatments are discarded as worthless.
Traditional research methodology, or ‘quantitative research’ is central to science and other methodologies are not usually acceptable. ‘Qualitative research’ is equally, if not more important at the present time in reference to cancer. Other medical systems, such as Chinese or Ayurvedic medicine, Homeopathy or Naturopathy use far subtler tools in both diagnosis and treatment. They are based on seeing the patient as a whole being and often use multiple interventions on several levels, simultaneously in the treatment of dis-ease. Because they work at the level of an individual patient, and from a different philosophy of medicine, it is almost impossible to analyse them with the tools of reductionist science.
Our present rash of immune attacking diseases calls for a different kind of response than just drugs and surgery. A new medicine that combines established scientific excellence with traditional, alternative and natural treatments is needed. One that recognises humans as feeling, vibrant, energetic, spiritual beings as well as physical and mental. There are dramatic developments in the treatment of cancer using energy systems, but information on this is actually suppressed. There is a movement towards an integrated medicine as more orthodox practitioners are starting to join in, led mostly by their patients.
>From an energy point of view, when the human body is weak or unbalanced it oscillates at different frequencies than when it is healthy. This less harmonious frequency shows a state of cellular, energetic imbalance in the body. The physical body that is weakened in this way often needs help to shift to the needed frequency, which strengthens the immune system.
Some experienced medical doctors can make an intuitive diagnosis based on experience and can sometimes tell in a second or so what ails their patient. Posture, skin condition, nail, teeth and tongue all give clues, but experienced doctors may also intuitively pick up clues about their patients from energy and vibrational levels in a similar way to a gardener tending plants or a wild animal hunting its prey.
But modern doctors simply do not have the time for the level of attention given in many complementary and alternative therapies. This is one of the reasons alternatives are more popular than ever. Professional detachment is an essential part of the doctors’ repertoire and it protects them in part from the huge amount of need they encounter in day to day work.
Given the track record of orthodox medical science into whole person medicine, it may well be another 200 years or so before it is able to assimilate the new quantum sciences in relation to the human body. For those people with cancer now, there are a deliberately limited range of options available from orthodox medicine. 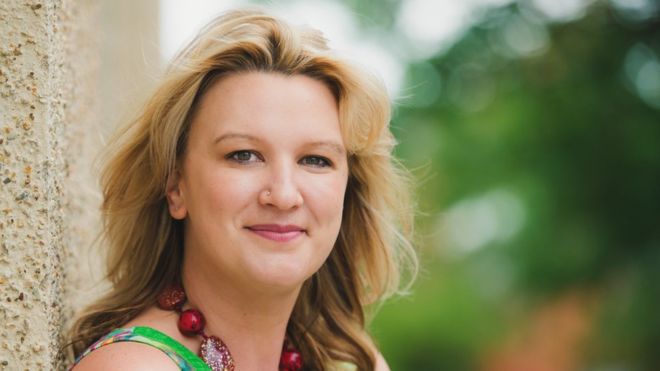 Hey everyone and thank you for checking out my site. I love to write about very different topics. Not just health or medicine so please drop by and see what we posts and leave us your thoughts. we'd love to hear from you